The Barbara Sabol Memorial Lecture Series is designed to promote awareness of peace and social issues by bringing recognized personalities to speak to the local community. The lecture is named for a founding member of the Peace and Justice Center who died in 1997. 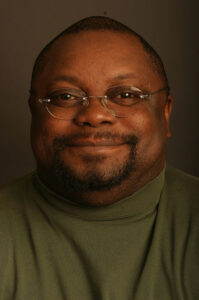 Ron Jones of Dialogues on Diversity will performed “MLK and the Strength of Shared Dreams” as the Peace and Justice Center’s 2021 Sabol Memorial Lecture. The event took place on October 26 at 7:00 p.m. in Burke Auditorium at King’s College, 131 N River St, Wilkes-Barre, PA 18711

Please visit this link to view a video recording of the event (link will be available until 20 December 2021).

“MLK and the Strength of Shared Dreams” features live character portrayal and video excerpts that showcase the necessity of intersectional activism in fighting race and social issues such as poverty. The 1968 Poor People’s Campaign was born out of Martin Luther King Jr.’s realization that progress in civil rights for African Americans cannot substantially improve their lives without economic justice for all races.

The Dialogues on Diversity website describes this campaign as a “turning point” that brought peoples of different backgrounds, races, and cultures together to demand anti-poverty legislation. While Martin Luther’s King’s Jr.’s leadership for the movement was cut short due to his 1968 assassination, the Poor People’s Campaign still created a historical platform for impoverished Americans.

Ron Jones is the Executive Director and Artistic Principal of Dialogues on Diversity. Dialogues on Diversity is an award-winning social justice theater company centered around diversity. Their 800 performances and lectures across 44 states have not only entertained audiences, but educated them on matters surrounding complex issues of systemic oppression and bias. The company strives to make these typically uncomfortable conversations more accessible as social justice requires multicultural and generational advocacy.

This event is co-sponsored by the King’s College Economics Department. The Barbara Sabol Memorial Lecture Series aims to promote awareness of peace and social issues by bringing recognized personalities to speak to the local community.

For more information about Dialogues on Diversity, please visit their website at dialoguesondiversity.com/about.

2020 Lecture:
“Women Power the Vote,” Dr. Susan Poulson, Professor of History at The University of Scranton, author of Suffrage: The Epic Struggle for Women’s Right to Vote, and Dr. Teri Finneman, Assistant Professor of Journalism at the University of Kansas, and author of Press Portrayals of Women Politicians: 1870s to 2000s. September 21, 2020 via Zoom.

2018 Lecture:
“The Trouble with My Name.” Dr. Javier Ávila. professor of English at Northampton Community College, and Pennsylvania’s 2015 Professor of the Year by the Council for Advancement and Support of Education and the Carnegie Foundation for the Advancement of Teaching. King’s College Burke Auditorium. April 7, 2018.

2016 Lectures:
“Another World Is Possible.” Shane Claiborne, founder and board member of The Simple Way, a faith community in inner-city Philadelphia.
Misericordia University, September 30, 2016.